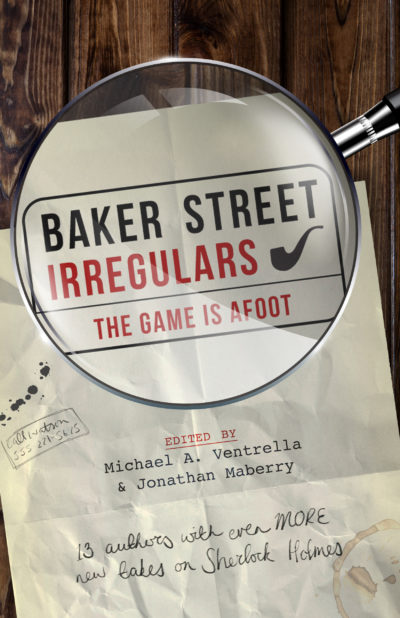 Thirteen authors, including Narrelle M. Harris, Jody Lynn Nye, and Sarah Stegall, come together in the second edition of Baker Street Irregulars to pen an original collection of short stories on the iconic and timeless character, Sherlock Holmes.

In this new edition of Baker Street Irregulars, a cast of authors riff on the iconic figure of Sherlock Holmes in over a dozen captivating new ways. In Keith DeCandido’s “Six Red Dragons,” Sherlock is a young girl in modern New York City. In Sarah Stegall’s “Papyrus,” Sherlock is a female librarian in ancient Egypt. In Daniel M. Kimmel’s mesmerizing “A Scandal in Chelm,” Sherlock is a rabbi. Derek Beebe sends Sherlock to the moon, while Mike Strauss, in “The Adventure of the Double Sized Final Issue,” casts him as a comic book character. The backdrops run the gamut from a grade school classroom to Jupiter, from rural, post-Civil War to an alien spaceship. While preserving the timeless charm and intrigue of Sherlock Holmes, these authors pen stories of the world’s greatest detective as you’ve never seen him before. 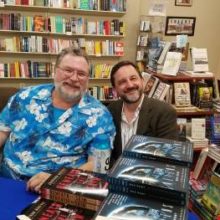 New York Times bestselling author JONATHAN MABERRY’s latest series Rot and Ruin has just been optioned for film, and other works of his are heading for the big screen as well. He’s a multiple Bram... 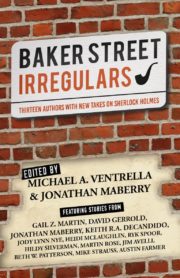