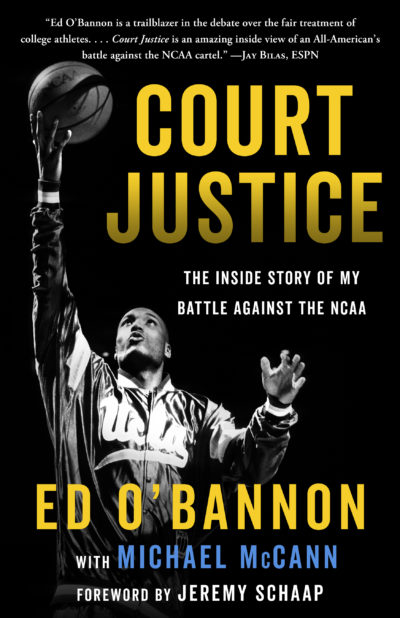 The Inside Story of My Battle Against the NCAA

“Like Curt Flood and Oscar Robertson, who paved the way for free agency in sports, Ed O’Bannon decided there was a principle at stake… O’Bannon gave the movement to reform college sports…passion and purpose, animated by righteous indignation.” —Jeremy Schaap, ESPN journalist and New York Times bestselling author

In 2009, Ed O’Bannon, once a star for the 1995 NCAA Champion UCLA Bruins and a first-round NBA draft pick, thought he’d made peace with the NCAA’s exploitive system of “amateurism.” College athletes generated huge profits, yet—training nearly full-time, forced to tailor coursework around sports, often pawns in corrupt investigations—they saw little from those riches other than revocable scholarships and miniscule chances of going pro. Still, that was all in O’Bannon’s past…until he saw the video game NCAA Basketball 09. As avatars of their college selves­—their likenesses, achievements, and playing styles—O’Bannon and his teammates were still making money for the NCAA. So, when asked to fight the system for players past, present, and future—and seeking no personal financial reward, but rather the chance to make college sports more fair—he agreed to be the face of what became a landmark class-action lawsuit.

Court Justice brings readers to the front lines of a critical battle in the long fight for players’ rights while also offering O’Bannon’s unique perspective on today’s NCAA recruiting scandals. From the basketball court to the court of law facing NCAA executives, athletic directors, and “expert” witnesses; and finally to his innovative ideas for reform, O’Bannon breaks down history’s most important victory yet against the inequitable model of multi-billion-dollar “amateur” sports.
O’Bannon, Ed; McCann, Michael

“Ed O’Bannon is a trailblazer in the debate over the fair treatment of college athletes in the multi-billion dollar industry of NCAA sports. Ed’s new book Court Justice is an amazing inside view of an All-American’s battle against the NCAA cartel. It is a fascinating read. No matter what side of the fence you find yourself on, Ed’s book will stress test your position in a riveting fashion.” —Jay Bilas, ESPN

“Ed O’Bannon has cracked the lineup of principled athletes who have fought for players’ rights. That battle began long ago by immortals like Oscar Robertson and Bill Russell, and they stand with O’Bannon today. Giving college athletes a fair stake in the NCAA’s profit machine should matter to everyone, and Court Justice lucidly explains the stakes, the parameters of the battle, and what reforms are needed today.” —Jack McCallum, New York Times best-selling author of Dream Team and most recently Golden Days: West’s Lakers, Steph’s Warriors, and the California Dreamers Who Reinvented Basketball

“Ed O’Bannon is that rarest of athletes, a true game-changer. He set college sports on a path toward modernization, motivated by the desire to make it better for all. This is what can happen when the gentlest of souls meets the opportunity to make history, and doesn’t flinch." —Tom Farrey, executive director, Aspen Institute Sports & Society Progam, and author of Game On: The All-American Race to Make Champions of Our Children

“The movement of so called ‘student-athletes’ to reclaim their personhood in the face of a system rife with exploitation cannot be understood without reading Court Justice. Ed O’Bannon is a hero. He spoke truth to power—a truth that now like a subterranean fire, cannot be stomped out.” —Dave Zirin, sports editor of The Nation, and author of Jim Brown: Last Man Standing

“Ed O’Bannon wisely focuses as much on shattering the myth of the ‘student athlete’ as on the legal aspects of his groundbreaking lawsuit. He exposes the many ways that college players are exploited financially and deprived of both their civil rights and a meaningful education—while the NCAA, college athletic departments, coaches and athletic directors, apparel companies, videogame producers and sports agents rake in millions of dollars from those athletes’ images and unpaid labor. Despite the resistance of those entrenched interests, O’Bannon has set in motion changes that are inevitable, and everyone involved will benefit. His twelve ideas for fixing college sports should be required reading for everyone in the business of sports.” —Oscar Robertson, National Association of Basketball Coaches’ “Player of the Century,” longest-serving President of the National Basketball Players Association, and leader of the anti-trust class-action suit resulting in the Oscar Robertson Rule that gained free agency for NBA players and ultimately all professional athletes 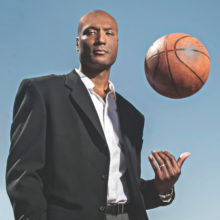 Ed O'Bannon led the UCLA men's basketball team to the 1995 NCAA Basketball Championship. He received the NCAA Tournament's Most Outstanding Player Award and won numerous other awards, including the John Wooden Award, which recognizes the...