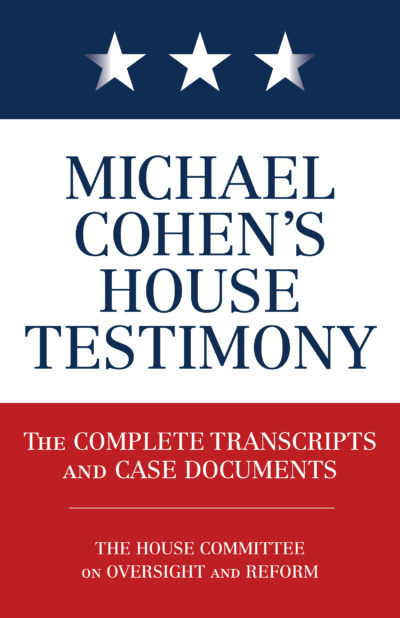 The Complete Transcripts and Case Documents

“I am ashamed that I chose to take part in concealing Mr. Trump’s illicit acts. . . . I am ashamed because I know what Mr. Trump is. He is a racist. He is a conman. He is a cheat.”

— from Michael Cohen’s Opening Statement to the House Oversight Committee

“Michael Cohen . . .was just disbarred by the State Supreme Court for lying & fraud. He did bad things unrelated to Trump. He is lying in order to reduce his prison time.”

On February 27, 2019, with the world watching, Michael Cohen—former lawyer and fixer for President Donald J. Trump—took the stand in front of the House Oversight Committee and delivered one of the most sensational days of Congressional testimony in history. Not since President Richard Nixon’s White House counsel John Dean turned on him during the Watergate scandal has a close Presidential associate attacked the character of the Chief of State and charged him with criminal acts.

Here in one volume is living history—the hard-hitting prepared statements, the damning evidence, the salacious charges, the belligerent questioning, and the stunning revelations. 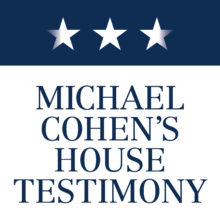 The Full Transcript of the Most Shocking Testimony of the Trump Era “I am ashamed that I chose to take part in concealing Mr. Trump’s illicit acts. . . . I am ashamed because I...