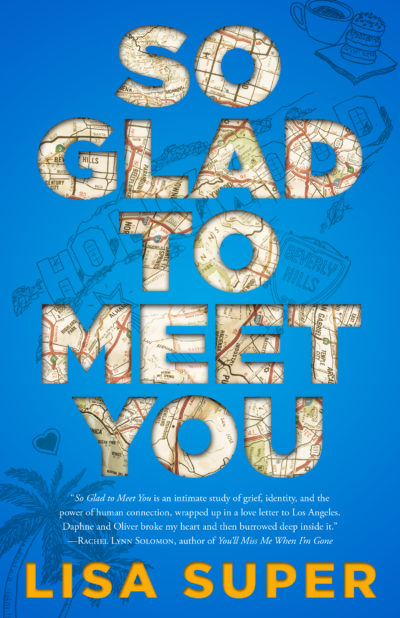 So Glad to Meet You

“A moving exploration of heartache and the courage that points toward the light.” —Starred Kirkus Review

Daphne and Oliver have almost nothing in common…

Seventeen-year-old Daphne Bowman, a bookish drama nerd in public school, might never have crossed paths with Oliver, the popular, outgoing mascot for his private school’s football team, but one event has bound them inextricably. Daphne’s older sister, Emily, and Oliver’s older brother, Jason, who were high school sweethearts, died by suicide together seven years earlier.

When Daphne uncovers Emily and Jason’s bucket list—a list comprised of their “Top Ten” places to visit before they die—she knows she has to tell someone. The one person who might actually get what she’s going through and who might not think it’s silly that she wants to complete the list, is also someone she’s never spoken to—Oliver Pagano. Throwing caution to the wind, Daphne sends Oliver a Facebook message that will come to change the course of both of their senior years—and maybe their entire lives.

Tackling grief with a wry voice and an unflinching eye, So Glad to Meet You tells the story of two people who, in searching for what they’ve lost, end up finding what they never knew they needed—each other.

Chosen as a Fresh Pick at Fresh Fiction:

"Two teens confront their grief ... High school seniors Daphne and Oliver are linked by tragedy: Seven years ago, Daphne’s sister, Emily, and Oliver’s brother, Jason, were high school sweethearts who committed suicide together. Since then, Daphne and Oliver have had minimal contact, each going through the motions as their families fracture and twist under the weight of despair. When Daphne discovers the bucket list that Emily and Jason left behind, she reaches out to Oliver, hoping they can together cross off the activities their older siblings never experienced. The author deftly navigates the variations in each teen’s private agony, making this a read that doesn’t wallow in anguish but rather explores their small moments of escape and longing for genuine comfort. The presumably white teen characters feel remarkably real, speaking without stylized affectation or the references that carbon date most young adult weepies as soon as they’re released. The bucket list is a clever structure to hang the book’s narrative on but never overwhelms its purpose: This isn’t a mystery or a quest; there are no villains or surprise plot twists. Instead this is a breathtaking snapshot of two people crippled by circumstance and repaired by what they see in each other ... A moving exploration of heartache and the courage that points toward the light." —Starred Kirkus Review

"SO GLAD TO MEET YOU is an intimate study of grief, identity, and the power of human connection, wrapped up in a love letter to Los Angeles. Daphne and Oliver broke my heart and then burrowed deep inside it." —Rachel Lynn Solomon, author of YOU'LL MISS ME WHEN I'M GONE 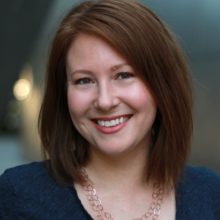 Lisa Super is a brunch enthusiast based in Los Angeles. She’s worked on a number of TV shows ranging from pop culture phenomenons (Flavor of Love) to traumedy gold (One Mississippi). While every day in...