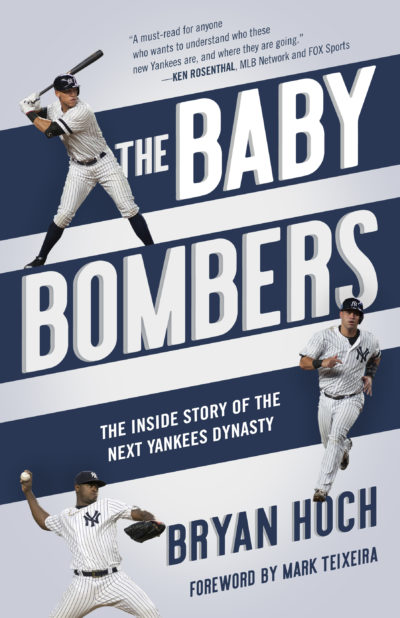 The Inside Story of the Next Yankees Dynasty

The meteoric rise of the new generation of superstar Yankees, including Aaron Judge, Gary Sanchez, Greg Bird, and Luis Severino, now joined by Giancarlo Stanton—from the “inside baseball” strategy in assembling the roster, their fascinating paths to Yankee Stadium, and a mission to hoist the franchise’s twenty-eighth World Series championship trophy.

“A must-read for anyone who wants to understand who these new Yankees are, and where they are going.” —Ken Rosenthal, MLB Network and FOX Sports

Derek Jeter and the “Core Four” have passed the torch to a new generation of Yankees superstars—featuring Aaron Judge, Gary Sanchez, Luis Severino, and Greg Bird—who have powered through the minors to become stars on baseball’s biggest stage. Joined by reigning National League MVP Giancarlo Stanton, this thrilling group is poised to chase championship titles for years to come.

The Baby Bombers details the inside-baseball strategy of the Yankees’ pivot to a younger, more exciting roster, the players’ fascinating paths to Yankee Stadium, their memorable 2017 playoff run, their amazing assaults on the record books, and a unified mission to hoist the franchise’s twenty-eighth World Series trophy.

Through new, in-depth interviews, veteran reporter Bryan Hoch fleshes out the transition from Jeter to Judge, scoring behind-the-scenes insights from general manager Brian Cashman, former manager Joe Girardi, executives and scouts, members of the current roster, opponents, and Yankees legends of the past.

Winning baseball in the Bronx will resume with postseason hero Aaron Boone in the manager’s chair, aiming to steer the franchise to its forty-first World Series appearance. Featuring nearly fifty photographs, The Baby Bombers tracks the rise of today’s Yankees from fresh-faced rookies into a group that is destined for pinstriped greatness.

“A new generation of stars are developing right before our eyes, and Bryan Hoch is the right journalist to chronicle this exciting time for Yankees fans. This is a must-read book for those that understand the potential of this new core.” —David Cone, four-time World Series Champion with the New York Yankees and analyst for the YES Network
Hoch, Bryan 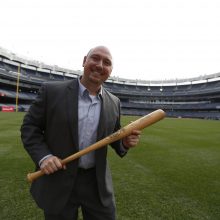 Bryan Hoch has written about New York baseball for the past two decades, including covering the New York Yankees as a beat reporter for MLB.com since 2007. Regularly seen on MLB Network, Hoch’s work has...