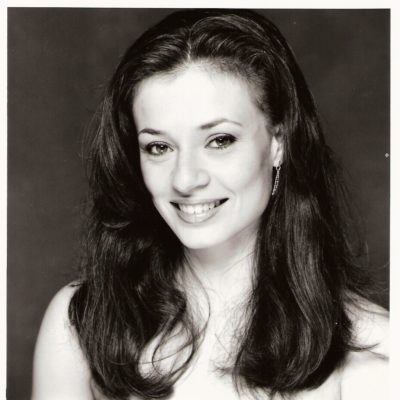 Jennifer Carlynn Kronenberg was born in Queens, New York where she trained with Teresa Aubel, Nicholas Orloff, Norman Walker, and Barbara Walczack. She continued her studies on scholarship at the School of American Ballet before joining Miami City Ballet as an apprentice in 1994 at the age of 17. She moved steadily through the ranks and was named Principal dancer in 2001.

Ms. Kronenberg has danced many leading roles; some of her favorites include Balanchine’s “Rubies”, Who Cares?, Allegro Brillante, Duo Concertante, Sonatine, Swan Lake, and Stravinsky Violin Concerto, as well as the classics – Grand Pas Classique, Coppélia, Don Quixote, Giselle, and John Cranko’s Romeo and Juliet . Also in her repertoire are numerous Jerome Robbins and Twyla Tharp works. She danced at the Kennedy Center Honors in 1997, and at the Jacob’s Pillow and Aspen Festivals, Torino Danza Festival in Italy, the Kennedy Center’s International Ballet Festival, and the Vail International Dance Festival, and most recently at the NYC City Center’s Fall for Dance performance series. In March 2011 she will be featured on PBS’s Great Performances “Dance in America: Miami City Ballet Dances Balanchine and Tharp”. She has also been featured on numerous occasions in Pointe Magazine, Dance ViewTimes, and Dance Spirit Magazine, graced the cover of DANCE Magazine’s October 2010 issue and was the subject of its feature article. Most recently, she wrote the “From the Heart: Why I Dance” essay for DANCE Magazine’s April 2011 issue.

Ms. Kronenberg has been a regular teacher for the Miami City Ballet Summer Intensive Program for the last several years, and has also been a guest teacher with Ballet Arts of Jackson Tennessee, El Ballet de Monterrey Curso de Verano, New Orleans Center for Creative Arts, and Ballet Chicago, among many others.

Check out our exclusive interview with Jennifer: Here 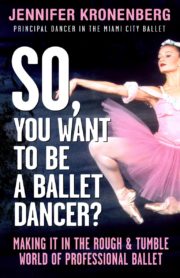