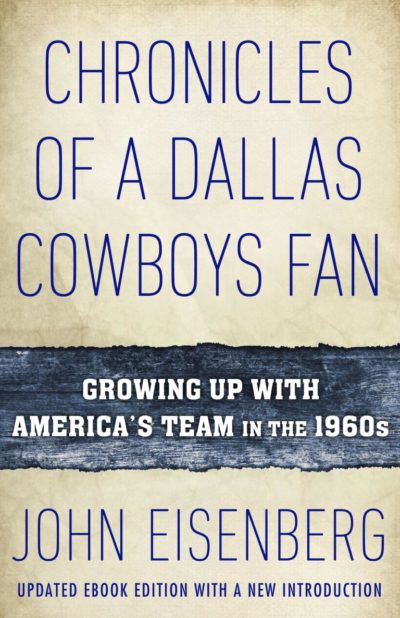 Chronicles of a Dallas Cowboys Fan

Growing Up With America's Team in the 1960s

For sportswriter John Eisenberg growing up in Dallas in the 1960s, the NFL’s Cowboys and their concrete Cotton Bowl stadium loomed larger than life. It mattered little that these were not the perennial Super Bowl contenders or the celebrity-driven assemblage of later years. While wins were scarce, there was no lack of characters to capture a boy’s imagination.

In his moving account, Eisenberg revives that simpler time in American life and visits with a number of his humble Dallas Cowboys heroes today, finding as much to admire in them as men as he did as athletes. Originally published in 1997, now available in eBook format for the first time, and updated with a new Introduction.

Formerly entitled COTTON BOWL DAYS: GROWING UP WITH DALLAS AND THE COWBOYS IN THE 1960’S.
Eisenberg, John

John Eisenberg has been a sports journalist for more than 30 years. The author of eight books, he worked for major newspapers from 1979 until 2007, including five years with the Dallas Times Herald. Eisenberg...