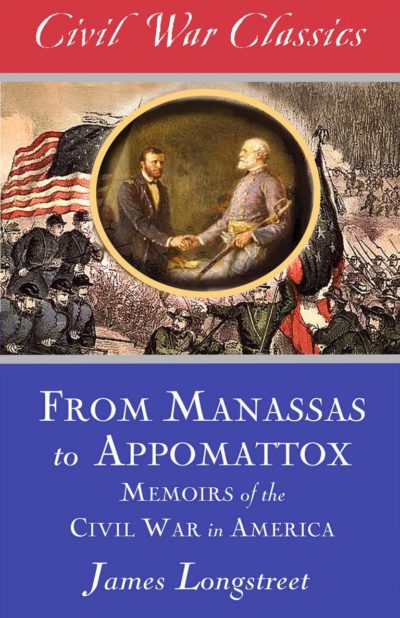 Memoirs of the Civil War in America

To commemorate the 150th Anniversary of the end of the Civil War, Diversion Books is publishing seminal works of the era: stories told by the men and women who led, who fought, and who lived in an America that had come apart at the seams.

James Longstreet served under General Robert E. Lee and witnessed the Civil War from start to finish. This chronicle of his service is a must-have work for readers interested in the Civil War, its battles, and its legacy. As the chief strategist to the Commander of the Confederate Army, Longstreet generated many of the military plans that the generals of the South took into battle. After the war and to his death, some blamed Longstreet for the South’s surrender. In tones both blunt and candid, Longstreet writes what he saw, what he knows, and what he thinks the war meant to a country divided.
Diversion Classics