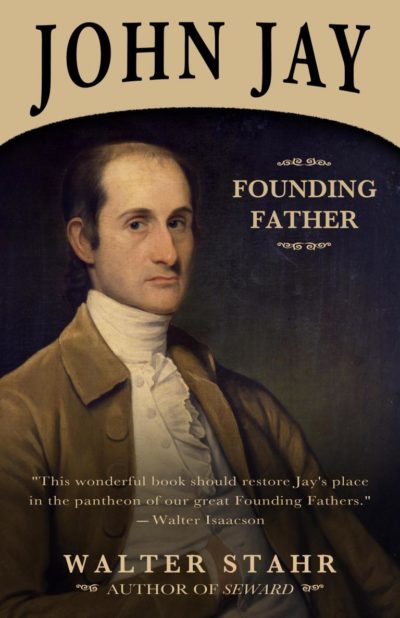 From the award-winning and New York Times best-selling author of Seward and Stanton, here is the critically acclaimed and definitive biography of John Jay: a major Founding Father, a true national hero, and a leading architect of America’s future.

John Jay was a central figure in the early history of the American Republic. A New York lawyer, born in 1745, Jay served his country with the greatest distinction, and was one of the most influential of its Founding Fathers. In this first full-length biography of John Jay in almost 70 years, Walter Stahr brings Jay vividly to life, setting his astonishing career against the background of the American Revolution.

Drawing on substantial new material, Walter Stahr has written a full and highly readable portrait of both the public and private man. It is the story not only of John Jay himself, the most prominent native-born New Yorker of the eighteenth century, but also of his engaging and intelligent wife, Sarah, who accompanied her husband on his wartime diplomatic missions. This lively and compelling biography presents Jay in the light he deserves.
Stahr, Walter

“Walter Stahr’s even-handed account, the first big biography of Jay in decades, is riveting on the matter of negotiating tactics, as practiced by Adams, Jay and Franklin.” —The Economist

Walter Stahr, a graduate of Stanford University and Harvard Law School, practiced law for twenty-five years, including seven years in Hong Kong.  He is the author of two well-received biographies, one on John Jay, published...