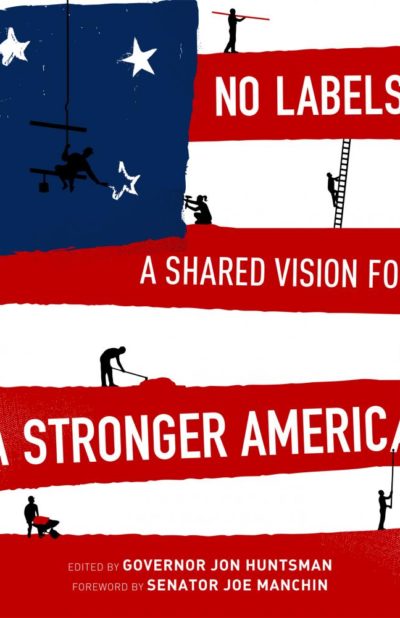 A Shared Vision for a Stronger America

From America’s most prominent political leaders and thinkers, a pathway to cut through the gridlock and make our government work.
“Politics doesn’t have to be a zero-sum game—we are going to share the future, and so we need to find ways to work together. This is a timely book that includes thoughts on the need for and power of cooperation from some of the brightest minds in government, business and academia.” —President Bill Clinton

“President Clinton and I disagreed on many things, but we did agree on two very large goals—balanced budgets and welfare reform. These shared goals allowed us focus energy on bridging the gap between the parties on how to achieve these goals instead of just short term partisan fights. The result was four straight balanced budgets, paying off over $450 billion in federal debt, and bipartisan welfare reform which lifted millions out of poverty.
By proposing four large goals around which to rally the country, NO LABELS: A SHARED VISION FOR A STRONGER AMERICA lays the groundwork for a return to meaningful bipartisan accomplishment in Washington once again.” —Newt Gingrich, former Speaker of the House and New York Times bestselling author Every year the President of the United States stands before Congress and the American people to deliver a State of the Union Address. What was once an opportunity for honest reflection on accomplishments and goals has become more of a laundry list than a speech—a grab bag of policy ideas, partisan rhetoric, and healthy dose of wishful thinking. Meanwhile, the gridlock in Washington means that virtually nothing in that speech will amount to anything but talk. Governor Jon Huntsman and Senator Joe Manchin, two of the most respected and straightforward political leaders in America, have a simple solution for Washington’s gridlock. It begins with getting our leaders together at the table to agree to goals not just for their party but for the whole country. Stop having one party led by the president paint a single vision. Instead, create a shared vision for our country to aspire to—and then find a way to achieve it together. In NO LABELS: A SHARED VISION FOR A STRONGER AMERICA, Huntsman and Manchin are joined by experts and politicians from both sides of the aisle, including well-known thought leaders from business, economics, and academia. Contributors include two former White House Chiefs of Staff; former OMB Director Alice Rivlin; Glenn Hubbard, Dean of Columbia Business School; nine members of Congress committed to solving Washington’s endemic problems, and many more contributors from every walk of life. These contributors are all making a loud and strong call for a new process of running the United States of America. They believe in the cause of NO LABELS, and we believe you will, too.
No Labels Foundation 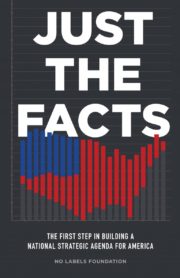 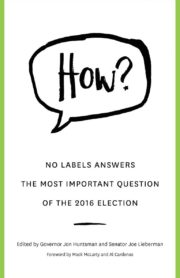