Once upon a time, Ruby believed in magic…

When Ruby volunteers to take her mother’s housecleaning shift at the gothic Cottingley Heights mansion, she thinks it’s going to be business as usual. Clean out the fridge, scrub toilets, nothing too unusual. But nothing could prepare her for the decadent squalor she finds within. Rich people with more money than sense trashing their beautiful clothes and home just because they can. After the handsome Tam discovers her cleaning up after him and his rich friends, Ruby has never felt more like a character from her sister’s book of fairy tales.

Tam sees beyond Ruby’s job and ratty clothes, and sweeps her off her feet, treating her like a real princess, but Ruby is sure this beautiful boy is too good to be true. And as one tragedy after another befalls Ruby and her family, Ruby painfully learns that magic is all too real, and it always comes with a price.
Blake, Tamara 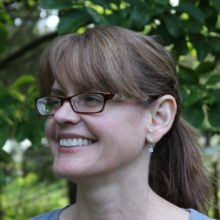 Tamara Blake is a pen name for Kathleen Bolton. She is a professional writer and editor. Currently, she is a contracted writer to Working Partners, Ltd. Her projects include Confessions of a First Daughter, a...