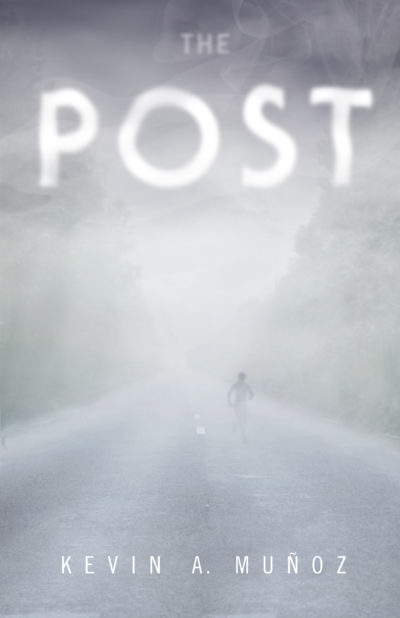 Zone One meets Station Eleven in this chilling, post-apocalyptic debut, perfect for fans of The Walking Dead and The Handmaid’s Tale.

“The Post will appeal to readers who enjoy postapocalyptic fiction that presents the best and worst of society.” —Booklist

Ten years after the world’s oil went sour and a pandemic killed most of the population, Sam Edison is the chief of police of The Little Five, a walled-in community near Atlanta, Georgia. Those who survived share the world with what are known as hollow-heads: creatures who are no longer fully human.

A man and a pregnant teenager arrive at the gate and are welcomed into the town. They begin to settle in when suddenly both are murdered by an unknown assailant. In the course of investigation, Chief Edison discovers that the girl was fleeing a life of sexual slavery, and that some members of the Atlanta community were complicit in the human trafficking network that had ensnared her.

In retaliation for Edison’s discoveries, agents of the network abduct the stepdaughter of the town’s mayor. Sam Edison and three companions track the kidnappers to Athens, Georgia, where they discover that the entire city is engaged in human trafficking. By the time Edison has recovered the kidnapped girl, the other three rescuers have been killed, leaving Edison alone to bring the mayor’s stepdaughter home. Further complicating their return is Sam’s realization that a prominent member of the community is in truth the ringleader of the slave-trading network. Against such great odds, will Sam ever make it to Little Five alive?

“Rife with stomach-wrenching sorties against invading hollow-heads, this novel bitterly explores how a remnant of humanity can abandon its conscience for dark rewards.” —Publisher's Weekly

“Debuting author Muñoz paints a bleak picture of morality in a post-apocalyptic world, and his narrator, Chief Edison, is continually wrangling with self-doubt in regard to maintaining a moral foundation in dire times. The body count is high in this tense and bloody story, and although there are zombies, it will appeal to readers who enjoy postapocalyptic fiction that presents the best and worst of society.” —Booklist

"If you don’t like being surprised by books, then Kevin A. Muñoz’s debut novel The Post is not the book for you. If, however, you are a fan of adrenaline-packed, post-apocalyptic mystery and adventure, then it might just be right up your alley … The Post is a celebration of the sci-fi and action genres, but it is not captive to them ... a perfect blend of action and mystery, part revenge tale and part chase … For readers who choose to take the time to really dig in, The Post is a gem that rewards them for their time. Just when you think you’ve gotten everything figured out, Muñoz hands out a piece of information that you could have never anticipated, but that you realize in retrospect was awaiting you the entire time. The only thing you’ll complain about at the end is that it wasn’t longer." —Book Page 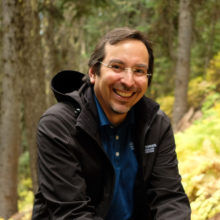 Kevin Muñoz grew up just outside of Philadelphia. After wandering across the country for a few years, he received a PhD from Emory University in 2008. A little later, he decided to leave the academic...