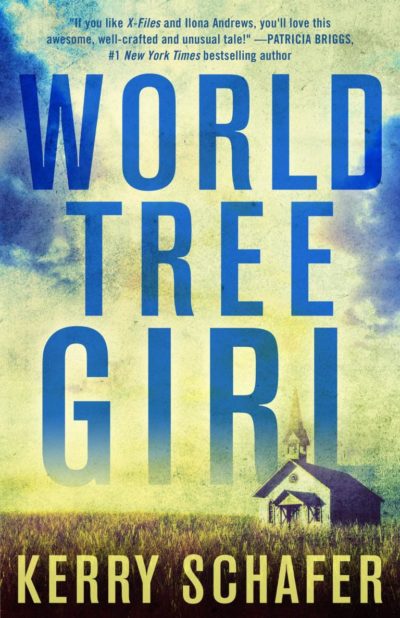 The girl with the full-body tattoo of a world tree is not just another runaway. She’s dead, for starters, and her veins are emptied of blood and oozing a strange, jelly-like substance. To Maureen Keslyn, seasoned paranormal investigator, former FBI agent, new owner of the Shadow Valley Manor Retirement Home, this isn’t just a corpse. It’s a sign that the Medusa, a dangerous paranormal hybrid, is on another killing spree.

Maureen and her team—Jake, the local sheriff, Matt, the Shadow Valley Manor cook with knife skills that extend beyond the kitchen, and eighteen-year-old Sophronia, who has an uncanny affinity for ghosts—are determined to hunt down and eliminate the creature.

Their case is complicated by the ghost of Maureen’s former partner, Phil Evers, who refuses to cross to the other side, and his very much alive daughter Jillian, who shows up demanding to know how Maureen inherited the Manor. When Sophronia uses her power to try to help Phil across, a huge spirit storm blows up at Shadow Valley Manor, and she disappears. With the life of one of their own in deadly peril, Maureen and the team have a ticking clock to find Sophronia and bring down the Medusa.

“What do you get when you mix paranormal thrills, a feisty middle-aged heroine, and a tantalizing mystery set in a creepy rest home? Kerry Schafer’s DEAD BEFORE DYING! Clever, fast-paced, and fun, Schafer weaves an irresistible tale sure to keep you reading far into the night.” ―Lisa Alber, author of KILMOON and WHISPERS IN THE MIST

“Schafer deftly balances the menace of unknown evil with a smart and tenacious band of heroes―led by one kick-ass heroine. DEAD BEFORE DYING is an engaging, sizzling start to a new series.” ―Tammy Kaehler, award-winning author of the Kate Reilly Mystery Series
Schafer, Kerry

“Kerry Schafer’s new thriller, Dead Before Dying, is infused with delightfully dark humor and populated with a unique and compelling cast of characters; the story’s blend of supernatural thrills and a fast-paced, complex plot will keep readers turning pages until the surprising—and highly satisfying—end. A brilliant start to one of the best and most unique series I’ve read in a very long time.” —Susan Spann, author of The Shinobi Mysteries on Dead Before Dying

"What do you get when you cross a supernatural thriller with a cozy mystery, set it in a nursing home, and top it off with a geriatric vampire? A deliciously spine-tingling read full of original characters and biting wit you don’t want to miss, that’s what!” —Linda Grimes, author of the Ciel Halligan series on Dead Before Dying

"Creepy suspense, insidious evil, and things that go bump in the night infuse this story with thrills and chills all the way to a terrifying ending." —Nancy J. Cohen, author of The Bad Hair Mysteries on Dead Before Dying 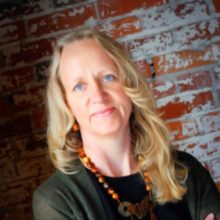 Kerry Schafer writes fantasy with its teeth sunk into reality, mystery that delves into the paranormal, and women’s fiction that embraces the dark and twisty realms of humanity. The first two books of her Between... 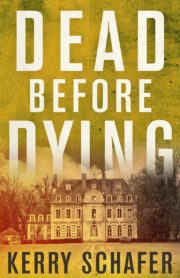